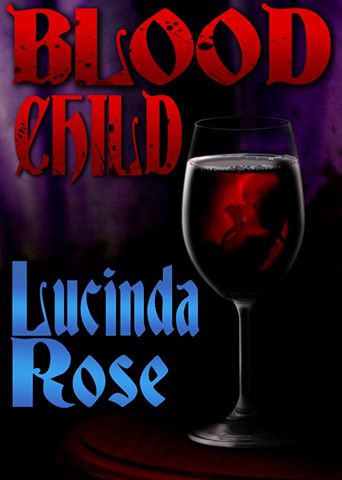 “I am not drunk enough to talk about it now.”

The interview I had lobbied over six months for just turned on her heels and walked back into the shadows of the house, leaving the door wide open and giving me an excellent view of her curves. My appreciation for them was short-lived, since cool air slapped me as I hesitated on the threshold, trying to take in the house’s details. The ten-foot walk from the car had broken me out in a sweat, making it difficult to concentrate. It wasn’t even May, and already Florida was managing to melt British tourists and small yippy dogs into smelly, sticky puddles. Since I was British born myself, it was only being raised in the United States that kept me from disintegrating.

As I watched the current Countess Bathory return, it occurred to me that she was nothing like her infamous blood-bathing ancestor. She had no aura of power or authority. She was, in fact, a wino, judging from the bin overflowing with bottles on the front porch. Albeit, an incredibly attractive one.

Technically, she wasn’t a countess, having renounced the title but keeping the money she had inherited along with it. Only people in fairy tales give up both, and usually for love. As far as I knew, Ms. Bath was single.

Nothing about Emily Bath made sense. She was richer than Donald Trump and had more degrees than Neil Degrasse Tyson, yet she lived in a tiny orchid-colored house in a mismatched Orlando neighborhood. She taught high school—not even a regular high school, but an alternative one for students who had been kicked out. She could have done anything and willingly chose to work in high school hell.

The interior was incredibly modest, if not a little old-fashioned for a thirty-something heiress or anyone in her thirties. The floors creaked with each step. There was no TV in sight, just bookshelves and seating. All the furnishings looked like they were hand-me-downs from someone’s long-deceased grandparents. The sofa engulfed me in patterned floral pillows. The countess smirked as I struggled to right myself. At least she had a sense of humor.

Still nothing about the home spoke of the mounds of wealth she had; it was all understated and sadly normal. I expected more—craved it, to be honest.

Emily Erzabet Bath was the survivor of a modern-day murder mystery. Nine years ago she and her three older brothers spent the weekend at their late father’s estate for his funeral in upstate New York. Her brothers died, along with twenty other souls.

The manor had been drenched in blood, literally. It dripped off tables, pooled in puddles on the floor, and had unartfully spattered the walls. The first officers on scene inched their way around the edges of each room as they searched for survivors. They weren’t trying to preserve evidence. No one wanted to step in that much blood. It was inconceivable that anyone could have survived the carnage. Pieces of victims were carried out bit by bit for nearly a week. The local police chief was one of the dead, along with his wife, so state police were immediately called in. They in turn called the FBI. It was a forensic nightmare. It took years for them to sort everything out, and then the picture that the evidence painted didn’t make any sense.

People were found at nearly all the exits, but no one made it outside before being killed. No one tried to call for help. All the phones at the estate were working, yet no one used them.

The officers who found Emily broke into her room after following a blood trail, only to find her cloistered in the back of the closet beneath a bunch of old musky coats stained with her blood. The combination of the smells—musky fur, stale blood, and human excrement—remained with the two men. Their stomachs emptied upon seeing Emily broken and begging for help with her eyes. Ten years later, even mentioning her or her condition made the two turn green. They thought she was dead until her bloodshot emerald eyes opened. She was severely dehydrated, with deep bloody scratches that had turned her flesh into ribbons; her wounds would seep blood for days after her rescue, confounding the medical staff. It was months before she was released from the hospital.

Emily allegedly had fled to her room and remained there the entire weekend. She couldn’t explain how she had gotten there or what had happened. Her story just didn’t hold up. Many believed she was at least partially responsible for the deaths of the twenty-three people in attendance. Maybe she really didn’t remember? It was possible, but why did she hide instead of calling for help or attempting to leave the estate? There were more questions than logical answers in the bloody tale of Emily Bath. The tabloid media had attempted to keep the story alive, supposedly to get answers, even after the relatives of the deceased pleaded with them to stop. A couple of lawsuits, combined with the complete unwillingness of law enforcement officials to contribute to the macabre circus surrounding the case, finally brought things to an end after about three years.

Now, as the ten-year anniversary approached, interest in the case was reemerging, making this interview priceless. And I was the man who landed it—the first and only person to speak to the reclusive Ms. Bath on the record. Persistence, charm, and just a bit of cyber stalking had won the day; being unemployed finally had a benefit.

Emily returned from the kitchen carrying two glasses of deep-red wine. When I started to protest, she informed me that I would need it.

“All right, Ms. Bath. Do you mind if I record this conversation?”

“Not at all. I would appreciate a copy. Also, my attorney, Mr. McNeal, would like you to sign this disclosure agreement prior to us continuing.”

“I don’t think my editor would approve any agreement that limits or restricts the content of the article.”

“Let’s be frank, Mr. Clark. You don’t have an editor. And you haven’t had one for the last six months. Your freelance opportunities have dried up, along with your hope and savings.”

I wanted to protest, but she was telling the truth. I had been let go from the Times six months ago. Budget cuts or some other bureaucratic nonsense was the official reason; sleeping with my editor’s grandson was the true cause of my separation from the nation’s foremost paper.

In my defense, Philip was twenty-one, and I had no idea that he and my editor, Ashley, were related. She wasn’t amused to find us cuddling in the afterglow on her $1,500 sofa. It probably didn’t help that I was also sleeping with her and was too intoxicated to notice where I had passed out. In the paper’s defense, I was only great at my job when I was sober, and I was rarely sober. Drunk, I was just OK. Sad, but true; I could do my job intoxicated and get away with it for the most part.

Looking over the agreement, I was surprised to see that it didn’t restrict what I wrote—only that I share any new information I found with Ms. Bath and her attorneys, as well as proofs prior to publication. If I had an editor or had been attached to a company, I would have had them research it before signing, but I didn’t, and Emily had called my bluff.

“Why do you think I have access to information that you don’t have?” I asked.

She sighed, reaching for my satchel. Before I could protest, she pulled out the investigator’s report and tossed it on the ottoman.

“You purchased that from Detective Anderson two months ago. My sources weren’t able to get a full report. They didn’t think to approach him directly, a misstep on their part.”

Her smile was the first hint that she wasn’t entirely innocent; I didn’t think she had killed anyone, but that still didn’t make her guilt-free. She just didn’t seem capable of mass murder. Still, everyone is guilty of something. It just might not be illegal. “Of course, your copy doesn’t include all the crime scene photos. I am willing to share if you sign.”

I shook my head as I signed it, just to be dramatic. The wine was beginning to look more and more appealing.

“No, the floor is yours. Let the inquisition begin.”

I had to glance down at my notebook to be sure where to start. Em had thrown me off more than the past six months without meaningful work. Or maybe it was everything that was riding on this interview going well. I was pretty sure Ashley had started to use her connections to blackball me when I didn’t appear to be suffering enough to satisfy her. Even Cat Fancy’s editor refused my calls. Pulling off this story would make me instantly marketable again.

Looking at Em, I realized she could have been her ancestor’s twin, except she was most definitely curvier. She had the same delicate almond-shaped eyes, china-doll skin, and brunette hair so dark; at first glance it appeared black. She leaned back into the plush sofa as if she were having a conversation with an old friend. Smiling, I began…

Five hours, two bottles of wine, and ten pages of notes later, I departed the tiny orchid house, making it back to the hotel as quickly and safely as possible. Luckily, I had experience driving during these conditions. Becoming inebriated in the course of an interview is never recommended or suggested, but Em had been right; the wine was necessary even for this seasoned drunk. I knew I could count on the recording to help me where my notes trailed off. Experience had taught me well to always have a backup plan.